The Ultimate Guide to Lien Waivers

Have confidence when signing lien waivers 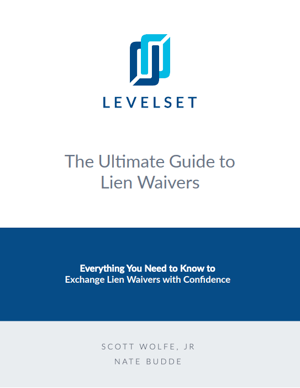 Everybody in construction encounters lien waivers. These documents are important and can determine exactly how much payment you’ll be able to collect, but yet they’re often overlooked or misunderstood.

Did you know there are four different types of lien waivers and each should be sent at different stages of the project? If you're a subcontractor, sending the wrong lien waiver risks slow payment, incomplete payment, or no payment at all. If you're a property owner or General Contractor, not collecting lien waivers risks double-payment (paying a sub or supplier twice to avoid or cancel a mechanics lien) or slowing down project completion.

Do you know what states require specific language on forms to be legally-compliant? California is one of 12 states that require specific lien waiver forms and sending or collecting the wrong form could affect payment on the job or project completion.

If you're a property owner or General Contractor, did you know you may need to be collecting lien waivers from parties you did not contract or didn't even know were involved in the project?